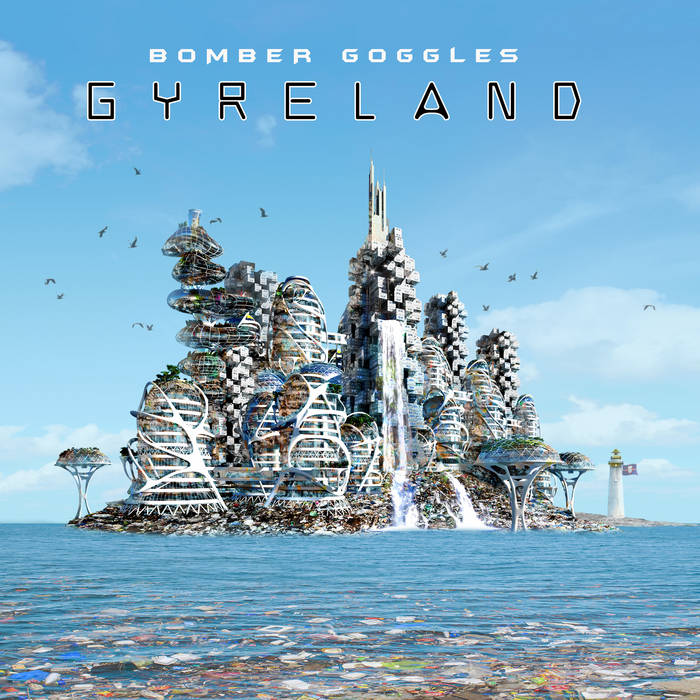 Gyreland tells the story about a new continent constructed out of the plastic debris floating in our oceans. As the currents swirl, they bring the plastic together, something we are witnessing in our oceans today. The oceanic swirl is called the Gyre, and so in our story the new inhabitants name the new floating continent “Gyreland.”

As more people are drawn to it, they experience a strange phenomenon; they can almost anticipate each other’s thoughts, and this ability allows them to build Gyreland at an unprecedented pace. Some think the Gyre possesses strange forces or powers, while others believe it enhances our empathy or telepathy. Or perhaps it’s the earth’s way of rewarding those who choose to take care of her? We never find out the reason, but Gyreland attracts the interest of countries around the Pacific Rim who now want a piece of its power.

Three powerful countries form an alliance to invade Gyreland. At home, their citizens protest, but the “Triangle of Power” proceeds with their invasion plans, as well as plans to break the alliance once they get what they want.

The new people of Gyreland have no armies or weapons, and so they wait uneasily for the invasion to occur. Some hope the oceans that gave them a second chance will provide them with an answer, an answer in the wistful waves. But on the day of the invasion, something strange happens. As the invading soldiers set foot on Gyreland, they are overwhelmed by a sense of empathy, which prevents them from wanting to fight. Perhaps empathy is the same force that allowed Gyreland to be built in the first place? Whatever the reason, the transformation makes any hostile takeover impossible because the new invaders simply abandon their army and join the people of Gyreland, a new turning point in the history of mankind.