by The Steve Bonino Project 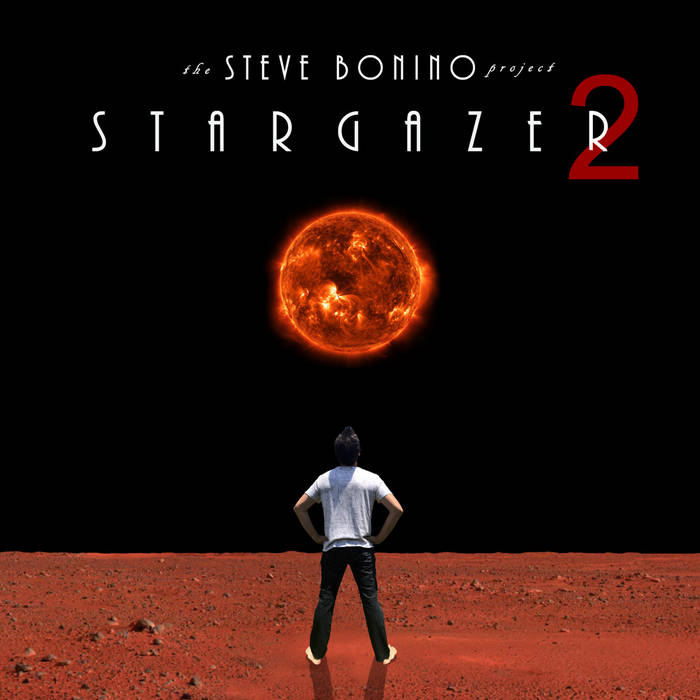 About the Album
Stargazer is the nickname given to the hero of the story born into a dystopian future in which man’s neglect has made Earth no longer habitable.

For the past 20 years on Proxima b, the colonists have been feverishly building a transparent dome to protect themselves from the sun’s radiation and to able to control their environment.

Upon its completion, it is decided they should send out an exploration party to try to replenish lost supplies. After a two day trek, they come upon what looks like the ruins of an abandoned alien city where they find what appear to be texts written in an alien language.

Are the writings actually alien, or could there be a connection to the colonists they could never dare to imagine?

Tune in to Stargazer 2 for the shocking truth.

Both Steve and Peter are members of the critically acclaimed band Bomber Goggles whose debut album ‘Gyerland’ spent weeks in the top ten at Prog Archives.